Well done to all the Cubs who took part in the District’s Cub swimming gala last night. 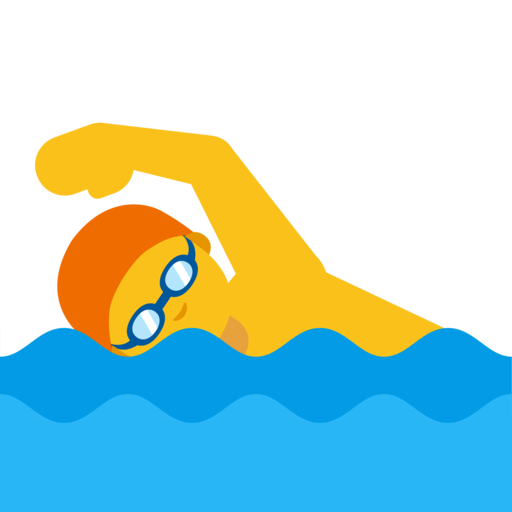 Permanent link to this article: https://newcastledistrictscouts.org.uk/2019/09/2019s-district-cub-swimming-gala/ 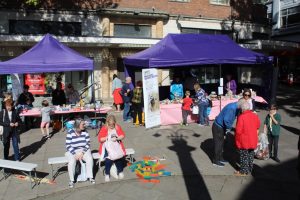 Taking over the area by the Market Cross and Guild Hall, we had raffles, tombola, tea and cakes for sale and a climbing wall. These were all provided by members of 36th St. Wulstans Group and 96th Whitmore & Baldwins Gate Group. The Drums of 1st Porthill Group played at various points during the day.

The day also saw the old tradition of a ‘Mock Mayor‘ being revisited. 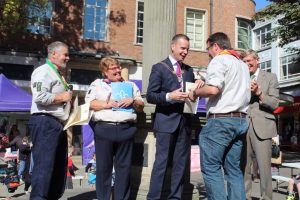 More photos can be seen in the gallery.

Permanent link to this article: https://newcastledistrictscouts.org.uk/2019/09/grow-fest-2019/ 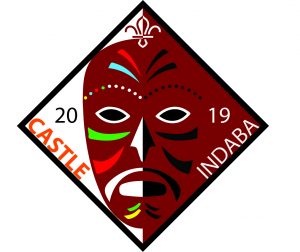 A video from the District Camp.

Permanent link to this article: https://newcastledistrictscouts.org.uk/2019/09/2019-district-camp-indaba-the-video/

We are sad to announce the untimely passing of Jill Griffiths. Jill formerly held the post of Assistant District Commissioner Cubs and was Akela at 107th Westlands for many years. Jill joined Newcastle from her native Manchester where she began her time in Scouting.

She will be sadly missed.
Funeral details to be announced. Scout friends are more than welcome, but at the request of the family, NO uniform please.
David Gray

Permanent link to this article: https://newcastledistrictscouts.org.uk/2019/09/gone-home-jill-griffiths/

We are very sad to hear that Peter Moxon, County Vice President, passed away on 29th August whilst in the care of the Douglas Macmillan Hospice.

His funeral will be held on Tuesday 17th September at 2.15pm at St Giles Church, Newcastle prior to his committal at Bradwell Crematorium.

Permanent link to this article: https://newcastledistrictscouts.org.uk/2019/09/gone-home-peter-moxon/

On Friday 14th June 2019, 8 Scouts and 7 Explorers from across Newcastle District travelled to Snowdonia, North Wales. Their aim was to climb Mount Snowdon; at 1085m (3560 ft) Snowdon is the highest mountain in England and Wales.

We had a relaxed Friday evening, discussing our proposed route, kit and emergency scenarios.

At 6 am on Saturday morning we were woken by the smell of coffee and bacon, a full English breakfast is always a good way to prepare for a long day on the hills. Particularly when looking out of the window it was looking extremely wet.

Never the less we jumped in the minibus and drove around to the Pen-y-pas car park to start our climb.
Splitting into two groups we started walking up the Pyg track. As the first group broke away they headed up to Garnedd Ugain to bag the 1050m (3494ft) summit. Both groups then converged on the Llanberis path where we made our final ascent to the summit of Yr-Wyddfa (Snowdon). 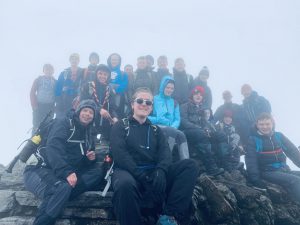 With visibility down to about 20 metres we gathered at the summit for a group photo before descending down the Llanberis path to Halfway House for some lunch in the sun. With the low clouds lifting we were treated to some stunning views across the valley and down into the town of Llanberis. We then continued down the path into Llanberis where we explored the area and relaxed with some ice creams.

After a long successful day on the hills we were treated to a fantastic sunset and chilli for tea back at our cottage in the Ogwen valley.

The following morning the smell of home wafted through the building as cheesy oatcakes were warming up in the oven. We then headed for the beach in Llandudno, some of the Explorers went for a swim in the sea whilst the Scouts explored the town and the arcades.
We then headed back to Stoke where the weather was even worse than it was in Wales.

All in all a challenging yet fantastic weekend was had by all, Scouts, Explorers and Leaders.
Thanks must go to all of the Leaders who helped to plan and run this weekend.
The Scouts expressed an interest in climbing more mountains in the future, this is something that this team has already started to plan for 2020. Watch this space..

Permanent link to this article: https://newcastledistrictscouts.org.uk/2019/06/snowdon-mountain-weekend/

On Sunday 28th April 2019, Newcastle District Scouts held their St. George’s Day Parade. This was held outside for the first time ever in the High Street by the Guildhall. This event was organised by the District Youth Executive, and at their request and design, was a mixture of tradition, with some interesting new twists!
The District’s Beavers carried banners about St. George, the Cubs carried swords they had made themselves and the Scouts made dragons for the parade!

Well over 400 hundred Scouts, aged from aged 5 to 75, gathered in the Queens Gardens and paraded at 2.45pm, led by the Drums Corps from 1st Porthill Scout Group, via the Ironmarket, into the High Street, where the Deputy Lord Lieutenant of Staffordshire, Mr James Irvine Hinchcliffe-Friend, and Newcastle Mayor Cllr Gill Heesom, took the salute. There was then a celebration of songs and readings, presentations of awards and all Scouts renewed their Scouting Promise.
Other guests were Rev Josh Penduck, curate of St Giles Church and Newcastle District’s Vice Presidents. 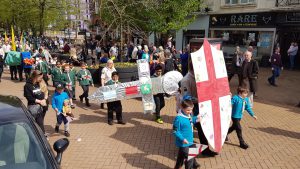 Many people came and viewed the celebration and joined in with the fun. Newcastle Business Improvement District supported the event, and hundreds of “George Cross” flags were be given out to friends family and members of the public. 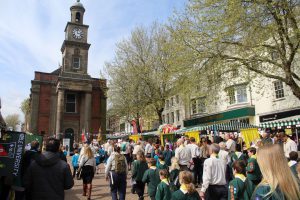 As well as the parade in Newcastle Town Centre, 3 of our Scouts were at the national St. George’s Day Parade in Windsor. 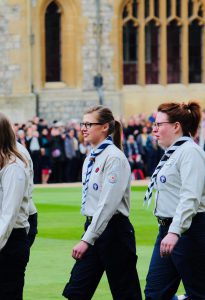 They were honoured by His Royal Highness Prince Edward the Duke of Kent & Chief Scout Bear Grylls at Windsor Castle for gaining their Queen’s Scout Award, the highest honour in Scouting.
This honour is achieved over many years hard work and is an outstanding personal achievement for Alice and Heather.

Chief Scout Bear Grylls said: “This year’s group of Queen’s Scouts have truly tested themselves. In the process, they have become better, bolder and braver. The Queen’s Scout Award is an incredible achievement and today is a fitting celebration of everything they’ve accomplished at Scouts and in life. They have my total respect and admiration.” 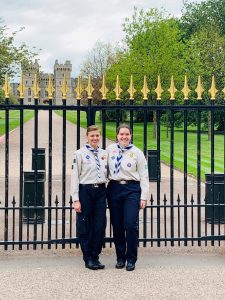 Joining Alice and Heather was Newcastle District’s Deputy District Commissioner, David Gray, who had been awarded the Silver Acorn for distinguished service to Scouting.

More photos can be seen here and here.

Permanent link to this article: https://newcastledistrictscouts.org.uk/2019/05/2019-st-georges-day-parade/

Members of Iceni Explorer Unit who are based in Newcastle, have taken part in the 2019 Monopoly Run. 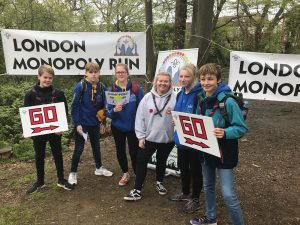 This is where teams of Explorer Scouts and Scout Network travel by foot, train and bus to visit famous and specially selected monopoly locations. They compete to gain as many points as possible. 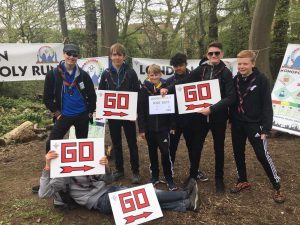 168 teams of Explorers took part this year and Iceni came 6th! Congratulations to all who take part.

Will they take parts next year and do better?

Permanent link to this article: https://newcastledistrictscouts.org.uk/2019/04/monopoly-run-2019/

We are very pleased to announce that David Gray, our Deputy District Commissioner, has been awarded the Silver Acorn in the 2019  St.  George’s  Day  Awards.

The Silver Acorn is awarded for not less than 20 years of specially distinguished service. 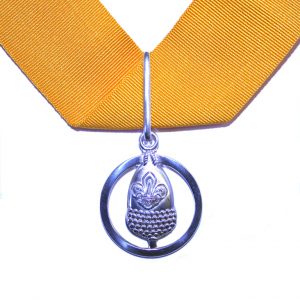 Permanent link to this article: https://newcastledistrictscouts.org.uk/2019/04/silver-acorn-david-gray/

This website uses cookies to improve your experience while you navigate through the website. Out of these, the cookies that are categorized as necessary are stored on your browser as they are essential for the working of basic functionalities of the website. We also use third-party cookies that help us analyze and understand how you use this website. These cookies will be stored in your browser only with your consent. You also have the option to opt-out of these cookies. But opting out of some of these cookies may affect your browsing experience.
Necessary Always Enabled

Any cookies that may not be particularly necessary for the website to function and is used specifically to collect user personal data via analytics, ads, other embedded contents are termed as non-necessary cookies. It is mandatory to procure user consent prior to running these cookies on your website.