N-U-L We Stand Together Festival

From the District Secretary

At last week’s Annual General Meeting, our District Secretary, Linda Baddeley, retired from the role. Linda has written the below to thank everyone. 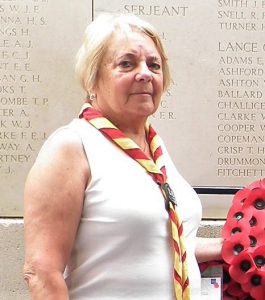 As many of you will know, at the District AGM I stepped down from my role as District Secretary, after 12 years in the post. I will however be staying on in the roles of District and Explorer Administer.

I would like to thank all of the members of the District Executive Committee both past and present for everything that they have done. As John Atkinson pointed out to me, I have worked with 3 District Chairs, 3 District Commissioners and a large number of executive members over this time. I would like to thank them all for the help and support that I have been given over the years and good luck to the new executive committee.

I would also like to thank all of the Group Scout Leaders for their support in completing the District Census over these same years often enabling us to be the first District in the County to close it down. Unfortunately for you all I have been asked as District Administrator to continue doing the census so you will not escape me chasing you for your figures again this year!

I am looking forward to the new challenge of sorting the District Administrator role from the District Secretary role and working with the Explorer Leaders and Explorers.

Finally I would like to thank everyone for the present that I was given last night on behalf of the Executive Committee and to Vera for the Thanks Badge which she gave to me.

Permanent link to this article: https://newcastledistrictscouts.org.uk/2017/06/from-the-district-secretary/