Newcastle Explorer Helps Fly the Flag for the Commonwealth

On Monday (9th March), a flag raising ceremony was held in Newcastle for the second year, to celebrate the work of an international association between 53 independent countries.

The ceremony coincided with more than 730 events happening throughout the United Kingdom, Channel Islands, Isle of Man, UK overseas territories and Commonwealth countries to celebrate the union’s values of democracy, human rights, development, the rule of law and respect for diversity. 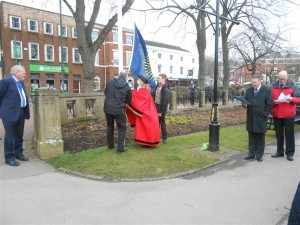 Meanwhile, pupils from Hassell Community Primary School in Newcastle waved flags and sang the first verse of the national anthem.

The Mayor said: “I am very pleased to be involved in such an exciting and momentous occasion celebrating the success of the Commonwealth and its values which I believe is an excellent example for others across the world.”

His Excellency Kamalesh Sharma, Secretary-General of the Commonwealth, added: “Fly a Flag for the Commonwealth is a most imaginative way for people in local communities – wherever they live, learn or work – to join together with others throughout the Commonwealth in a spirit of respect and understanding to celebrate the variety and unmatched diversity of our global family. I welcome and commend it.”

More photos are in our Gallery

Permanent link to this article: https://newcastledistrictscouts.org.uk/2015/03/newcastle-explorer-helps-fly-the-flag-for-the-commonwealth/