Last week, Groups all across the District took part in Acts of Remembrance in their local communities on Sunday 9th November.

15th St. Giles took part, along with Explorers and some of the District Team, in the official Borough Act of Remembrance in Newcastle Town Centre. 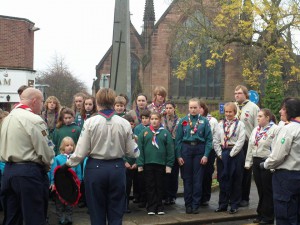 19th Red Street took part in the Act of Remembrance at the Chesterton War Memorial. 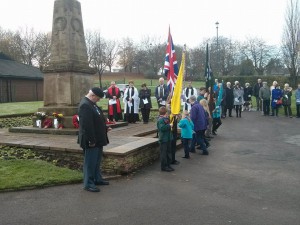 74th Silverdale were camping at Kibblestone celebrating the Group’s 85th birthday, so they held an Act of Remembrance on ‘The Breeze Lands’ by the Cub Lair. 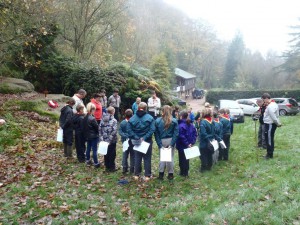 1st Porthill, 14th Basford, 36th St. Wulstans and Centurion Explorers, had their own parade from Bradwell to Porthill where they had an Act of Remembrance and then paraded to the Wolstanton War Memorial where another Act of Remembrance was held. 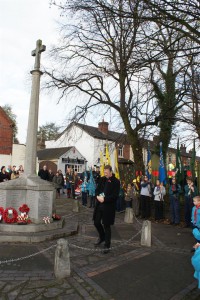 See the rest of the photos here and a video here.

103rd Newcastle-under-Lyme School had their Act of Remembrance on the 11th November at the School’s War Memorial and this was attended by District Commissioner Vera Bloor.

Permanent link to this article: https://newcastledistrictscouts.org.uk/2014/11/remembrance-day-2014/