77th Audley Can Build Their Extension

This year’s District Sixers Camp was held at Sherratts Wood.

On the Saturday Cubs took part in the Lewis Trophy competition which included bases for fire lighting, flags, tent pitching, knotting, map & compass and tracking. This was won by Holy Trinity Cubs.

On the Sunday, the Safety competition took place and this was won by St Giles & St Georges.

Also during the weekend Cubs took part in wide games, tackled the assault courses and both cubs and leaders had the opportunity to do some climbing and abseiling. 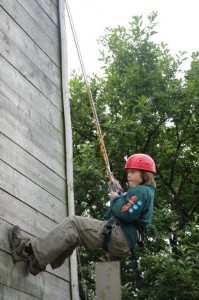 Permanent link to this article: https://newcastledistrictscouts.org.uk/2012/10/district-cubs-sixers-camp/